It’s not easy to breathe new life into what’s been dead for thousands of years – to resurrect lifelessness into vibrant creation. But it’s not impossible.

If you know the truth of what’s now unfolding in this reality you’ll see two views.

Dark agenda timelines are not inconvenient or uncomfortable. They’re diabolical. We must remember that history repeats itself unless we’re willing to wake up and see the manipulation behind the horrors of what’s been. That trajectory is steeped in artificiality, slavery and surveillance, blood sacrifice, and soulless living.

However, you’ll also see such power pulsing through Earth that, unquestionably, the resilience of the Human Spirit will prevail, and unexpected miracles will appear that only God can create. You’ll see that in the face of prayer, fearlessness and faith, evil intentions are like dust carried by the wind: they have no anchor in a unified world that values truth, freedom, sovereignty, transparency and love. You’ll see life restored from the destructive forces, and God’s natural laws flowing freely.

Either version is a possibility. We’re in an energetic wild card, and the battle between life and death. 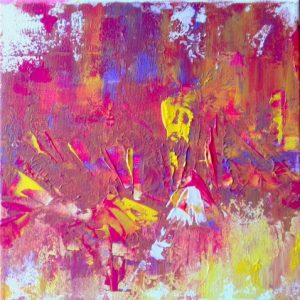 It’s safe to say though that the darkness is upheld by only a few who are destabilizing and pushing humanity to their breaking point so that we’ll be pleading for their solution: more money and power for them and less freedom for us. If you doubt this please look at the encroaching narrative about the virus: social distancing turned into lockdown and then mandatory masks, as falsified data justified a parasitic vaccine race, growing from one to multiple vaccinations per citizen while denying simple, life-saving treatments. To extend control and build vaccine demand, talk then turned to a delay. That suggested mandatory masks for 2-3 years, followed by lies that the virus may never go away. Australians have curfews and police checkpoints**, and in New Zealand they’re removing people from their homes. Be very clear, the negative alien agenda has no intention for health or freedom – ever! These escalating measures are markers of compliance to living life on their terms – the New World Order. The real virus is the deception, and they’re counting on humanity’s conditioned ignorance and consent.

The majority of Earth want their freedom because they know in their DNA what it means to be humane, and how God’s love feels in their hearts. Pay attention to the truth spilling out through alternative media, as secrets and lies that have been creating unspeakable suffering are illuminated from the shadows. More people are unafraid to call out the hypocrisy and tyranny.

Most importantly, if you doubt your own power, think to a time when you liberated yourself from some suppression. I assure you, you did! You realized that something was no longer tolerable and you chose to change it: perhaps a behaviour, a habit or even a negative thought. On your own or with help, you did it! Was it easy? Likely not. But despite your fear of what others might have thought of you, or self-doubt, you took one step and then another. You’ve been changing this way since you were born!

When powerlessness or insecurity takes hold, two questions will guide you: “What’s my fear?” or “What’s my truth?” Then take action with new behaviours. Seek help if you need it, but please take your steps and stand up now because if you don’t find the courage now you will certainly need much more of it later. Demonstrate to yourself, and others, even in small ways, that you have Divine power. Anything can happen, but only in choosing to align with God is it possible for Life to flourish again. 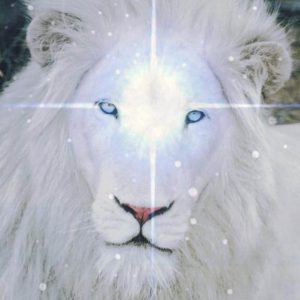 **I’ve since heard from another trusted Australian that this stage 4 lockdown is taking place in the southern state of Victoria on the 144S grid. All other states have not had to endure this severity with relative freedom of living without mandatory mask wearing. However, all Australian borders are currently closed.
♥ ♥ ♥

Want one-to-one support? Book an hour session to focus on your freedom.