Vaccinations for children are a very controversial subject and all the more reason for parents, and now all adults, to be making decisions from informed consent. As sovereign beings, we have a right to know, in full transparency, what is in vaccines. Most importantly, we have the right to determine what goes into our bodies.

Evidence has shown that vaccines are not safe, since they do not undergo rigorous trials as with all other pharmaceuticals.

Currently, with the perceived threat of COVID-19 there is another push to forcibly vaccinate the global population, as per Dr. Anthony Fauci, Bill Gates, the World Health Organization and governments, including Trudeau in Canada.

This agenda reflects abuse of power, greed, corruption, and control of the human population, moving humanity into transhumanism. This is well demonstrated in Dr. Andy Wakefield’s new documentary and others listed below.

The following resources are for your discernment. Please take some time to consider what future you want for you, and your children or grandchildren.

Dr. Carrie Madej: Human 2.0? A Wake-Up Call To The World This is HIGHLY recommended and a “must-watch” for everyone. She offers an excellent explanation of the various concerns related to the vaccines being given for the coronavirus. Please share this widely.

The two primarily discussed medical patents and the involvement from Dr. Anthony Fauci. Highlights of their conversation include:

NEW Documentary “1986 The Act”, referring to the National Childhood Vaccine Injury Act (NCVIA), by Dr. Andy Wakefield. Watch now online. This is not anti-vaccine. It’s more about reclaiming the power of a mother’s intuition and the care of her child. It’s about informed consent and truth. A must watch, not just for parents but all.

“Man and microbe, from Polio to COVID19… a never more relevant forensic examination of the 1986 National Childhood Vaccine Injury Act and its consequences.

What happens when an ancient wisdom – a mother’s intuition – is pitted against powerful interests in a race against time?”

“One of the most controversial, misrepresented figures of recent times, Dr. Andrew Wakefield has been maligned in Wikipedia, the press, science journals and other mainstream outlets — all stemming from his challenge to claims that MMR vaccine is safe. In doing so, he has threatened one of the most powerful corporate cabals in history.” He was in Del Bigtree’s  documentary “VAXXED From Cover-up to Catastrophe”, which was censored from the Tribeca Film Festival.

In Canada, an excellent resource for all issues concerning vaccines: VaccineChoice Canada.com

ROSE/BIGTREE The Coronavirus Vaccine Agenda: an excellent interview on LondonReal.tv with Del Bigtree regarding vaccines, censorship & the corruption

Del Bigtree of Highwire, and producer of “Vaxxed: from Cover-up to Catastrophe” speaks with Dr. Andy Wakefield unpacking in detail how his initial research between autism, gastrointestinal issues and vaccines came to be, and then how the attack on him from one reporter with conflicts of interest in the pharmaceutical industry unfolded.

Robert F. Kennedy, Jr. environmental lawyer and “Children’s Health Defense Fund” activist talks with Dr. Andy Wakefield about his new movie, “1986: The Act”. Great conversation about vaccine deception. What was important to hear is that the reaction to vaccines can occur not just within a short window after the vaccine administered but often after the drug trial is monitored – this is deception by design. How can then these trails be rushed through as they are now? Re: COVID-19 vaccine: “It seems so reckless. Fauci has gone ahead with the Moderna vaccine, which his agency owns 50% of that patent…if that was any other medical product it would be DOA. 20% of people in the high dose group were so badly injured by that vaccine they had to be hospitalized, in the low dose group 6%…..and these were very healthy people…” RKF Jr.  Worse, when children have been exposed to a virus after being vaccinated for it they have a much greater adverse reaction. Can you imagine if this happens with the entire world population?

Please know that the 2 documentaries Vaxxed speak not just to the vaccine-Autism controversy, but specifically the MMR vaccine, Gardasil/HPV and the harmful contents of many vaccines. It’s provided here with the intention of upholding truth, and the well-being of all beautiful children.

Vaxxed: From Cover-up to Catastrophe

In 2013, biologist Dr. Brian Hooker received a call from a Senior Scientist at the U.S. Centers for Disease Control and Prevention (CDC) who led the agency’s 2004 study on the Measles-Mumps-Rubella (MMR) vaccine and its link to autism. The scientist, Dr. William Thompson, confessed that the CDC had omitted crucial data in their final report that revealed a causal relationship between the MMR vaccine and autism. Over several months, Dr. Hooker records the phone calls made to him by Dr. Thompson who provides the confidential data destroyed by his colleagues at the CDC.

Dr. Hooker enlists the help of Dr. Andrew Wakefield, the British gastroenterologist falsely accused of starting the anti-vax movement when he first reported in 1998 that the MMR vaccine may cause autism. In his ongoing effort to advocate for children’s health, Wakefield directs this documentary examining the evidence behind an appalling cover-up committed by the government agency charged with protecting the health of American citizens.

Interviews with pharmaceutical insiders, doctors, politicians, and parents of vaccine-injured children reveal an alarming deception that has contributed to the skyrocketing increase of autism and potentially the most catastrophic epidemic of our lifetime.

Polly Tommey, Del Bigtree, Dr. Suzanne Humphries and the VAXXED team travel over 50,000 miles to interview parents of vaccine injured children. MDs and other medical researchers also expose the vaccine fraud for what it truly is.

Dr. Suzanne Humphries, a highly educated medical doctor with specialities in internal medicine and nephrology talks about vaccines, diseases and health in an interview with Canal 2nd Opinion recorded in Ängelholm, Sweden in september 2014.

Dr. Humphries worked as a kidney specialist, when she saw a connection between vaccinations and kidney damage. She started questioning whether vaccines are safe and after doing a lot of research, she wrote a book together with Roman Bystrianyk called Dissolving Illusions, Disease, Vaccines and the Forgotten History. A book that thoroughly investigates what really reduced the death rate from different diseases that we currently vaccinate against.

Are vaccines safe? Dr Humphries gives her answer to that question by letting you decide yourself. She gives you the side of the story that is often suppressed, but necessary if you want to make your own balanced decision, and also what reduced some deadly diseases like cholera and tuberculosis in parts of the world without any vaccines at all.

Dr. Suzanne points out that she would never tell people not to vaccinate. She wants the people to listen to both sides, the for and against, and then make a decision themselves. She says the pro vaccine people are often aggressive and don’t want you to hear the other side and often don’t even understand the down side to vaccination themselves.

Mr. Kennedy is an esteemed author, with a long list of published books including the New York Times’ bestseller, “Crimes Against Nature.” Mr. Kennedy was named one of Time magazine’s “Heroes for the Planet” for his success helping Riverkeeper lead the fight to restore the Hudson River. His reputation as a resolute defender of the environment and children’s health stems from a litany of successful legal actions. He received recognition for his role in the landmark victory against Monsanto last year, as well as in the DuPont Case that inspired the movie “Dark Waters” (2019).”

Give the Gift of Healing Peace 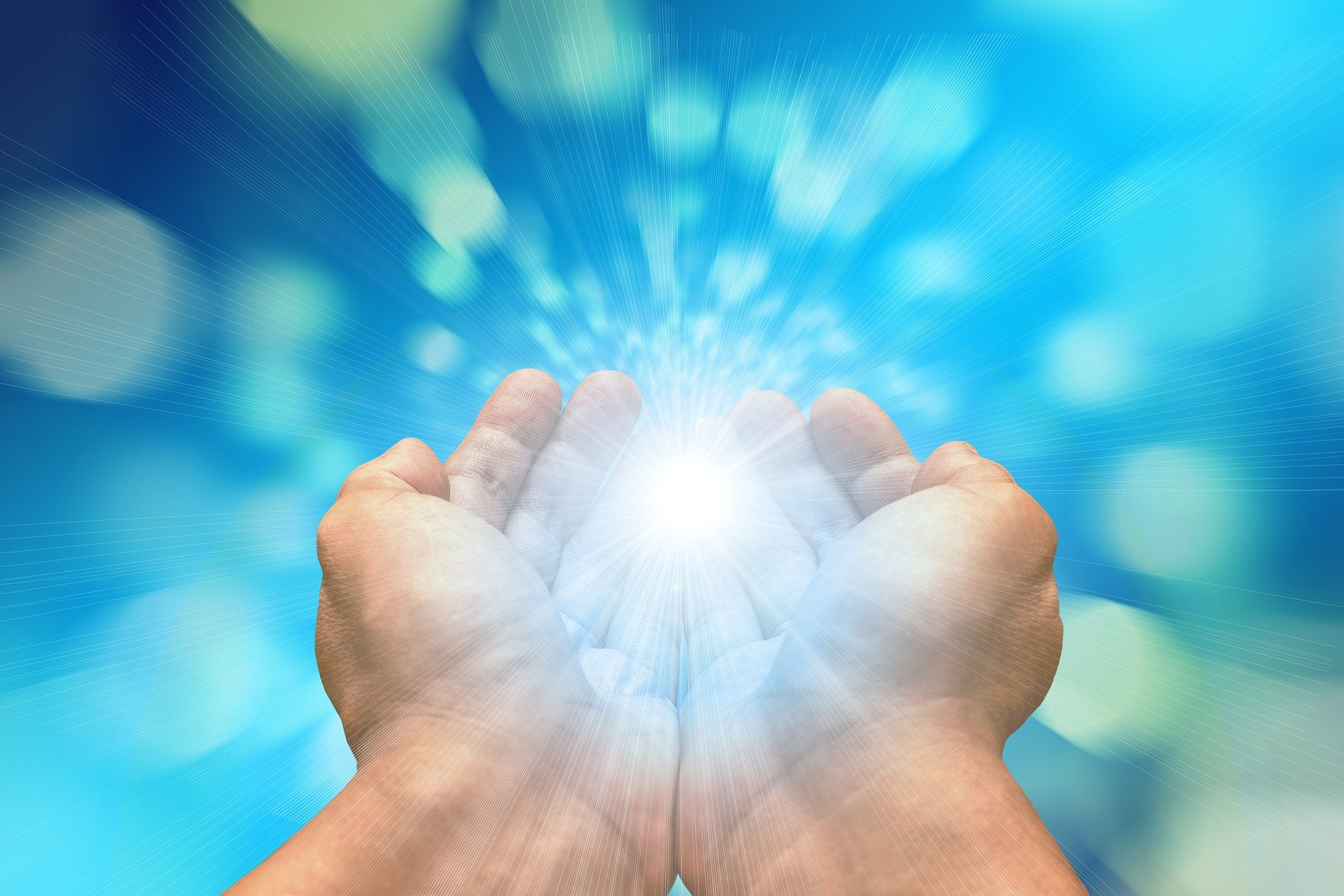 are available to purchase for your like-hearted friends, partner, family, & your precious animal companion!

The freedom it can create - priceless!

“Thank you so much!!!  Everything you sensed certainly described my cats and their behaviour.  The information is very helpful for me for how I can modify my approach to them and even how I speak with them. Sammi’s body already feels more relaxed as I pet him and when I invited Huey to curl up on the corner of the bed (far enough so I can’t pet him) he jumped up, went to the corner, thought about it and decided to curl up right next to my feet.  He never does that!!! I’m grateful that they will live with less fear.  Many thank you’s.”