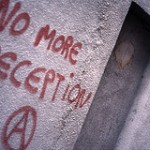 The inhumanity on Earth is a stark contrast to the love that we inherently know. Each time we step out into the world we can find ourselves engaging with a myriad of deceptions, crazy-making complexity, a demanding pace, manipulations and money schemes, and we can feel the drain of those lower frequencies! It is no wonder that straddling daily life with higher consciousness is a challenge and that we can feel unsafe or want to pull back.

For Starseeds and Indigos some healthy retreating is necessary to be able to hold a higher frequency when our purpose is to do just that; we can be in this world but not of it. In the same way that we can spot a lie, we can support the Earth’s change in consciousness by recognizing the false programs that hold this particular reality in place with the intention of occupying, consuming, confusing and thwarting the evolutionary brilliance of a Divine human. This is not so that we can feel discouraged by the games being played, but so that we can see past the deception to what is really going on, and choose not to participate with them.

The over-arching anti-human, anti-life, anti-Christ agenda by the negative service-to-self forces (NAA – negative alien agenda) is to gradually take over Earth’s resources and human resources and create a reality they can control with minimal impact on their own off-planet resources. Humans enslave themselves through several calculated strategies. These are the programs behind the collective pain that we feel:

Behaviours to watch for that arise through these strategies and are imposed upon humans to become normally acceptable. On the right of the table are the anti-dotes:

Source: adapted from www.energeticsynthesis.com with gratitude

Book your healing appointment today to reclaim your freedom from tyranny.