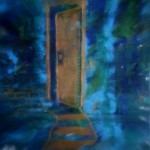 Every time we open a door, what we see on the other side may surprise, delight or even frighten us. How we respond determines whether we manage to move ahead in our spiritual evolution or take two steps back.

I know this sounds rather simple, but at the moment it’s entirely relevant to the human experience. There is so much undiscovered awareness and more people are starting to get a glimpse of what’s on the other side: the truth of our reality.

The US election result was certainly a wake-up call! I’m sure many were surprised that someone with Donald Trump’s character could become president. However, we would be wise to remember a few things. Firstly, Hillary Clinton only expressed differently than Trump, and as we have been seeing in the media (use discernment) she is no more acting from group consciousness than who the U.S. collectively chose. We do have to be thankful, that at least for now, the person who represented the push for WWIII is not voicing that agenda. However, I say “for now” because this is the second but most important thing to remember: it is not Clinton nor Trump that controls the bigger agenda of the United States and for this planet. It is off-planet controllers and always has been. This is the truth that has yet to be revealed to and recognized by the masses. If we have already been aware, then what we are now seeing in mainstream media is not a total surprise.

Can we be okay with what is? Is it always about this? Let’s look at the alternative. If we don’t accept what is before us then what are we left with: a gnashing of teeth, a wish-it-were-different refrain, an endless mental speculation on the uncertainty of things, or the blame-game? Those are all reactions of fear that are focused outward. Yet, this is how many people have been reacting to the disturbing deceits and painful revelations rising from the shadows through the US election. Shocked, shaken and angered, many are thinking “How can this be?” It isn’t pretty to realize that all of this is in the collective unconsciousness.

Many of us can feel this collective energy, but if we get caught up in this mob mentality then we are allowing our personal consciousness to be governed by the collective consciousness. This now means that the controllers can steal our personal will and energy through the mind controlled matrix.  This is a consciousness trap that keeps us in the enslavement patterns of our reality. This is why it is important to be awake and aware, exercise our power of personal discernment, claim the sovereignty of our brain and central nervous system, and listen to our own inner wisdom. Through these means we are declaring that we do not consent to the negative alien agenda and their anti-life game. It’s up to each of us to direct our own energies because if we don’t someone or something else will.

It Can be Unlocked

In doing so, the smokescreens, mind locks and mind slides can begin to fall. A mind slide is mind control programming that causes someone to ignore, deny or bypass an unapproved topic even when it is blatantly in front of them. An example is the disbelief that many hold about the negative alien agenda, or the rampant satanic child sexual abuse and sex slavery on this planet (please see this link if you have not read this post before).

When we feel angry let’s choose to be kind.

When we want to blame, let’s come back to self-responsibility.

When we feel discouraged let’s find a reason to be encouraged.

When we notice our judgment let’s replace it with discernment.

This darkness is not the entirety of what is happening on Earth.  In 2009, the Mother/Feminine Principle was reignited in the Earth’s core, and since through many hubs in the Earth’s energy grids, to rebuild the Krystal Star presence, the Cosmic Christos Unity Consciousness. It is the Aurora, the luminous ray beings of the next universe, aligned with the Law of One, who are now hosting our universal and planetary ascension. Through their support, it has been possible to override the reversal/anti-life distorted grids on the Earth, rehabilitate the organic timelines, and free humanity from enslavement.

So it is not to dismiss, deny nor condone what is happening. But yes, it is to neutrally observe that we are in the midst of the dismantling to allow further return to harmony and balance – for which we have waited a very long time and for which many have worked with persistence! This is the higher perspective. If we accept what is ‘now’ then there is a chance to see what comes next. Nobody knows what that is for sure, but for all intents and purposes we have the year 2017 awaiting us with a sign that urges “now or never”.

This period in our spiritual evolution is what we are here for: 2012-2017 has been and is the window of opportunity to anchor great change. So this is not a time to become lax or to give up. Please do not close your heart but remain in your courage. There are lots of choices still ahead for everyone. There is still much opportunity now for those who care to see during the collective awakening, to choose self-responsibility and awaken to their inner God-self authority. The US President never was and never will be the saviour people hope for.

No matter what is happening on the external, the internal work is the same: stay calm, stay centered, align with Spirit, and hold neutrality. How we are able to maintain this in times of chaos and uncertainty is the threshold of our self-mastery. It’s our opportunity to strengthen our inner core Spirit.

One of our most profound choices is whether we are willing to truly see the truth behind the door that’s been opened. It can be staggering for sure, and it can also be a gift. It can be the most tremendous, liberating shift of our lives but we won’t know until we step over the threshold of truth with openness and non-attachment, with our heart and head aligned in trust and say, “Yes, I’m ready!”

For you personally, what is the door that you’ve been hesitating to open? 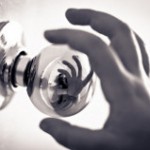 Can You Be Fearless?

Book a healing session now to step into truth.