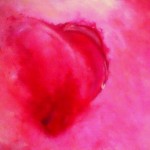 When Diedre contacted me she was experiencing considerable anxiety and feeling that she couldn’t handle the various symptoms she was experiencing in her body. This was also leading to anger and frustration, and feeling as though she couldn’t handle it all. While she was being treated with chiropractic and naturopathic support for her physical concerns, the one thing that was predominantly worrisome and distracting her was her heart – it was always pounding so intensely that it would keep her up at night and contribute to her restlessness.

My higher guidance brought our focus to addressing the emotional and mental layers related to her anxiety. We began by dialoguing with her body. After just one session she said that she felt great relief, felt calmer in body and mind, and slept through the night for a few sleeps. She felt that key to all this was having accepted her current circumstances once we had given her a context and higher purpose for her experience: this was all coming to consciousness now to free her into being more present to herself and her soul mission fulfillment. However, her heart continued to beat fast and hard and her breathing was still short and shallow.

Our next session revealed that her heart was responding to her fear that she would lose control with everything that needed to be done. This was the anxious self trying to keep her safe, as our wounded ego often does. It held the idea that if she was present to herself she would be susceptible to negative interference. It wanted her to remain self-protective and cautious in life. However, it was blocking her from her inner clarity and was creating frustration. Its favourite time to show up was when she sat down to her work. Diedre was fortunate to already be working in the field that was in alignment with her mission, but her ego self was making her agitated and unfocused.

As we deepened in our exploration, it became clear that an entity was creating a significant sense of powerlessness and defeat that stopped her from believing in herself. Once it was released her heart softened and her breath became calmer again. It’s important to note, however, that releasing an entity can be a temporary measure if the behaviours, thoughts and emotions of an individual continue to feed the lower frequency. So it was highly important to access and witness the causation timeline which was pivotal to all subsequent clearings: she had been so dedicated to her cause in the past that she had lost her connection with herself and couldn’t find a way to put her own inner core Spirit first. This was now the time to reclaim her power so she could fully believe in herself and see herself as embodied Christ consciousness.

Still, her heart persisted. Diedre had been frustrated with her pounding heart and her heart felt this harsh treatment now in the exact same way that it had been regarded when Diedre was a very young child: she was encouraged to never follow her heart but to use her brain. To her heart this was unbearably sad as her delicate heart was going to guide her through life. It wanted to be nourished and nurtured, and wanted calm, gentleness and kindness. Only this would ease Diedre’s core worry about not having the ability to fulfill her purpose: if she put her own heart front and centre the rest would all fall into place. Her heart had been beating hard because it wanted to be noticed again. It wanted to help Diedre. This healing shifted her inner child’s perspective to hope and some assuredness.

But all did not yet ease. Attachments from the past surfaced in her dreams. Implants needed to be removed. Fears and phobias were cleared along with multi-dimensional astrological influences, timeline triggers, ancestral impacts, and memories in her brain and central nervous system, to name just a few. We integrated several polarities. This would not be the only clearing we did with the support of the AoA Hieros Gamos System. In each session, as guided, we focused into clearing the root cause of the intention. And each time we worked through this consciousness technology, which is highly precise, intelligent and thorough, Diedre moved closer to her heart.

Often, people think that one energetic clearing alone will take care of all aspects of an issue. Sometimes that happens and clearing sessions are highly valuable. However, I can’t say it often enough that we typically heal layer by layer requiring commitment. What is also vitally important to mention is that we have to participate actively with our consciousness in our daily lives in order to discipline the ego and its patterns that have dominated the Spirit for years. Diedre was no exception, and she was being given every opportunity to see what was still residing in her subconscious mind as she attended to her work projects. Her ego defense of not feeling safe was still quite active. In session it would behave the same as it did day-to-day: beliefs like “I can’t do this” and “I don’t know” kept her from deepening into truth. These were inherited ideas from her childhood female caregivers, as well as many other timelines in which she felt she had failed in her mission. The latter is a very common past experience among those committed to their higher purpose, and yet it’s important to remember that the planetary consciousness is very different now in this ascension timeline. All is purposefully aligning to a higher probability for us all. Her sense of defeat and anxiety was a stubborn pattern but definitely changeable.

Diedre’s commitment to her healing through regular sessions brought results. After four sessions she was grateful to report a shift: she felt lighter, slept consistently through the night for a week, and when she did wake up she didn’t spiral into anxiety-producing thoughts. She was able to calm herself quickly. She was focused and she accomplished more in a few days than what she had in months. Even when she accidentally deleted her files she didn’t become agitated. Ahhhh – relief!!

“The quest for truth requires humility and effort.” 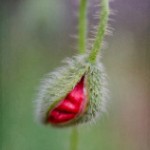 The pounding of her heart continued but Diedre was now beginning to work with her heart. By staying attentive to her heart both within subsequent healing sessions and daily when she felt triggered, Diedre’s heart did indeed guide her and it had lots to reveal. For example, it showed her that she was erroneously thinking she needed to be more and do more. Instead, it taught her discernment and to look closely at what was truly effective as she went about her work. It taught her to listen to her heart so that it could express through her writing. We helped her to witness the detail of how she had ignored her heart in past timelines and used control to achieve her goals. Now she realized that if she let go of her need to push and accomplish more the pressure would lift, the frustration would ease, and she could remain present to the beat of her heart – its Divine rhythm.

Diedre reclaimed her power. She was very successful in her work but now she began to see and acknowledge her own gifts the way that others always had. Rather than having to look to others to validate her success, her confidence in herself grew. Her self-acceptance allowed her to now receive and embrace the praise that had often come her way. She learned to encourage herself and trust. Instead of thinking “I can’t” she now believed “I can”. She learned to balance and flow. The ego had stepped back and her Divine Self was anchoring into a new way of being with her mission. As for her heart, it was no longer pounding, it was leading the way.

You too can be supported. Book a healing session to free yourself from your deepest concern.