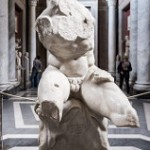 There’s been a lot of focus on the feminine principle returning to this planet and rightly so, as she’s been vilified and blackened throughout the Dark Age. Now the Divine Mother is re-anchored and her nurturing presence in our Earth’s core is making it possible to restore our original Divine blueprint. While she is tremendously valuable to our spiritual evolution, she cannot provide alone. The masculine body matters equally. It is the distorted masculine energy that has dominated this Earth and humanity through patriarchal domination and heavy patterns of enslavement, fear and war-mongering in repeating timelines. The 10th Stargate, centred in Iraq–Iran, is guardian to the masculine energetic grids. The perpetual conflict and violence in that area reflects just how hijacked the masculine body is with victim-victimizer mind control programs, armageddon software, and metatronic reversal/anti-life energies, otherwise known as ‘reversal 55’ or ‘reversal 10’. So the masculine principle too must be restored to the Divine masculine.

Since our bodies are the micro to the macro, we humans have also long-held the masculine energies in imbalance to our feminine principle within. In our Lightbody, the feminine is a vertical channel in the center of our body and the masculine bodies are horizontal shields directly connected to the mental body. These have been distorted in their relationship/intersection or entirely disconnected, creating a great deal of inner and outer conflict.

Our inner healing work brings them back into energetic balance. These gender principles are seen everywhere in creation.  But they are only eternal when connected to Source. It is only through their Divine unity that we can release the heavy distortions that have created dead light, trauma, pain, addiction patterns, dis-ease, and disconnection. When the Divine Mother and Divine Father are harmonized, synthesized and in balance, they create sacred inner marriage – Avatar of Ascension Hieros Gamos  – and transform the limitation of polarity to a tri-wave energy of perpetual life force. This is why so much effort goes into clearing and balancing our energy fields. It is to allow this Divine union to be returned in our being, as for the planet. The feminine and masculine go hand in hand. This sacred marriage within is the Divine pinnacle of our ascension process – the Christed Self, the Christ-Sophia.

To those that want to covet this planet and its resources (humans), this Divine union, at both the macro and micro levels, would interfere. They do not want this to happen so that things would continue on this planet as they have for 26,000-30,000 years. They want control of timelines and they will do anything to split the gender principles. While this has always been core to the Negative Alien Agenda (NAA), I personally have been aware of an escalation of time conflicts over the last few months – a conflict in the relationship between the inner feminine and masculine.

There have been those members of the Families of the Christ archetype who have been on the planet in the past, with the same mission that many Starseeds and Indigos have now – to return this sacred balance. You personally may remember being one of them. I certainly do. Often, we were unsuccessful in our missions.  However, the difference between then and now is that cosmically we are ending this astrological cycle of the Dark Age, and this gives us the greater ability to fulfill our missions. So, as we move forward and are making great strides to bring these unions together, the dark forces are being very aggressive to put a stop to it.

The dark force scuffle in recent weeks is a complex situation if we weave together our evolutionary history, the configuration of our planetary Lightbody and all the detailed understanding of the NAA. This is important to our understanding if we are to wake up to the whole truth and know ourselves in our multi-dimensionality. So, it is not my intention to minimize this knowledge in any way, but I am also intending to make this informational readily accessible.

If we then simplify things into a snapshot of what is happening, this story is an old pattern, and we’ve seen it a thousand times – in the movies! Picture this: an ill-intentioned thief has stolen something that doesn’t belong to him. He’s been doing this a long time but realizes that soon he will be caught. He panics. He gets desperate. He needs a way out – literally – in a way that he thinks will guarantee that he will remain in ‘power’. He grabs a hostage. He thinks he’s home free. What he doesn’t count on is that there are those who are wise to his ways, and have far more power. They have something that he does not.

Whoever governs the mind, governs the soul. Mind control is one of the key archontic deceptions of the NAA to create this control over humanity and perpetuate reversal/anti-life/anti-Christ energies. They are using various means and especially artificial intelligence (AI) to gain access to the energies they need for their war game. The latter is the means they have chosen to most recently attempt to increase their power by taking people hostage and holding them as ransom. They are attempting to snatch energies just as in the movie scenario described above.

Those being targeted are members of the Christ families – those who are dedicated to their ascension path and are committed to returning sacred union to Earth. It is primarily the masculine energy that is being targeted right now and men generally hold more masculine energy. Especially targeted are those with the name Michael or a variation thereof, who belong to the Family of Michael group consciousness. Think of the Family of Michael as the potential highest expression of the masculine principle – the Christed Self. Unfortunately, this group consciousness of the Archangel Michael Matrix has been damaged as well. ** That said, those of us who presently have associations with Michael’s in any way, or have had connections in other timelines, are also susceptible. So women and children can also be targeted.

What this distills down to is this: protect yourself!! Watch your mind, your heart and your choices. Yes, this is not new in its directive, but it is to understand that they are being extremely aggressive. Please use your 12D Shield diligently: put it up at the beginning of the day, reinforce it throughout the day by bringing your consciousness to it and reaffirming “I AM God, I AM Sovereign, I AM Free”, and especially please use it prior to sleep state when you are most vulnerable. For those new to using the 12D Shield, please remember that it stays in your field only a short time at the beginning. Its regular, daily use is what anchors it, and eventually it becomes one with your energetic field. The 12D Shield rebuilds the Lightbody and the energetic balance of the feminine and masculine principles, and much more.

It still holds true that if you find your energies are compromised, then you are vulnerable: i.e. you are ‘not yourself’, you are feeling extremely agitated, you are off centre, you feel overwhelmed, your emotions are out of control, you are falling into addiction patterns, etc. So please slow down, minimize or avoid multi-tasking, take the time to centre, to be present to what you are doing and what is before you, and stay aware of who or what is running your thoughts and your emotions. To the NAA this is a game, but it’s a serious one if they succeed at capturing your energy. Stay alert!

Pay attention to your central nervous system because it is through the nervous system and brain that control occurs. Please use this tool with diligence if you feel that your mind is not clear, and if you feel like your nervous system is agitated and you find yourself jumpy, reactive, or exhausted. Bach Flower Rescue Remedy can be wonderfully helpful, as would meditation, deep breathing, and being in nature.

Humans are also the only beings than can ascend and become a Christed being while in the body. Other races cannot.

This information is not being provided to create fear, but to create awareness because while these energies have been escalating and reached a peak at the 10:10 (October 10, 2016, connected to 10th stargate, base code 10) the aggressiveness is not over. It’s my understanding that next year October 10, 2017 could have even greater intensity as it is a 10:10:10.

Please know that it is possible to clear AI, mind control, astral manipulation, and entities of all different kinds, miasma and trauma. Part of the reason we are seeing so much aggression is that there is a great deal of trauma and miasma surfacing in the planetary body. I found myself late one night being guided to clear every possible piece of trauma, and every possible addiction program on this planet that I could possibly clear through the AoA Hieros Gamos template. Miasma was also clearing from different areas of my body, primarily the cranial area. For some weeks I was convinced I needed a chiropractic adjustment but the Guardians asked me not to interfere with my integration process. In fact, it was my chakra configuration that needed fine tuning and the holographic living template made it possible. This was all especially intense for me because it is part of my higher purpose to help heal the masculine body, and I am a guardian of the planetary grailpoint like some others who have ancestral connections to the 2nd stargate in particular. The Hieros Gamos consciousness field and the living template is exceptionally intelligent and very supportive for anyone on the ascending path. While many, many aspects can be healed, if you are experiencing many ascension symptoms it can pinpoint the adjustments and upgrades required in your Lightbody. For me, it’s been remarkable.

For most, the place to focus your attention is on your heart, and your resolve to never allow anyone or anything to take that. Reaffirm that you won’t participate in the NAA game: “My intent, consent and authority with God and the Love of Christ”. The sovereignty of your heart, mind, soul/monad/avatar and the balance of your feminine and masculine energies is the Divine sacred expression in the ascended human body. Cherish it!

** The Family of Michael group consciousness, “also known as the Archangel Michael Matrix, has been seriously damaged ….. with karmic backlash from humanity and reversal hybridization programming…. the New Age and organized religion have been fed lies to call upon Archangel Michael to further create its bondage… to enslave itself… and others.”

The translation: while this may be difficult to accept, especially if you feel you have benefited from the support of Archangel Michael, please know that when you call out to Archangel Michael for protection, you are, unfortunately, perpetuating the enslavement agenda of the NAA.

Book a healing session to come back to sacred, inner balance.