I had a beautiful female Cardinal visit me two weeks ago. I’m glad she didn’t have to martyr herself for my sake – I got the message.

She announced herself with a thud. I’m sure she didn’t mean to be so dramatic but she did need to get my attention, so she flew right into my window, unfortunately. And down she fell onto my porch, a little bit surprised as to where she found herself, much like we humans do when we come out the birth canal. I know I was a bit miffed that I landed here, and some days, I still find it uncomfortable. You see, even though she had a purpose, she was still not entirely on board with the journey. I’m projecting here, but please stay with me in this analogy.

Having gotten part way into her mission, she wasn’t far from her freedom but got sidetracked. Once she started hopping toward the glass wind-barrier on one side of my porch and saw her reflection, it was too late. She became temporarily blinded to all other priorities. Cardinals, as I understand it, do this quite often. They see their reflection in glass and think it’s another bird, so they try to interact and establish social order. That’s to put it politely. Others say they are attacking the other bird. Either way, it’s a false bird. And it still makes perfect sense to me. After all, we humans do the same. Consider that reflection to be another somebody; we recognize them as human just like the bird recognized the other Cardinal was of the same species. Often though, our ego sees a threat and hijacks our authenticity with a sub-personality to cover up the truth of who we are. Of course, this is a false threat, and a false self that does battle in the mind. The other person is just a reflection of our shadow.

She kept up this posturing for quite a while as though there was just no escaping her predicament. I was concerned for her, but once I knew she was alert and behaving quite typically, I chose to leave her alone rather than try to interfere and scare her. In the stifling heat, she hopped backed and forth along the entire 4-foot length of that wall, all the while pecking and jumping up at “the threat”. Left to right and right to left she walked over and over again. This is what the human ego does: repeating the same old pattern. It may be tiresome but it’s familiar.

Her freedom was just a slight turn to her right but she couldn’t see it. She didn’t even consider it. One more step and she would have moved beyond the false threat created by her reflection. I marveled at this tunnel vision for a creature that has typically a panoramic bird’s eye view and soars in freedom. But all her persistence drove the point home. How many times is our freedom just a slight consideration away and we can’t see it? How many times do options escape our view? How many times does the possibility of choice seem so black and white – right and left, left and right – and nothing in-between? How many times do we deceive ourselves with lies that we tell ourselves and deny permission to our authentic selves? Fear is at the root of these paralyzing positions. Opening to possibility is our birthright, but we don’t easily or readily jump at the chance to make the most of it. In truth, we are infinite beings, but the majority behaves as though we are not. The frequency fence created by mind control and manipulation of the masses has, over time, hidden from humanity what could be just as obvious as the open sky.

Sometimes, we know we have freedom and purpose but we take the long way around. I stepped outside to help her – after all, we all need a little nudge now and then. I tried enticing her to the edge of her invisible fence, but I was just another threat. Isn’t that the way we see it? “If I take a leap of faith, it might just be my undoing”, says the ego. The unknown is frightening. Instead, she started walking away from me and the glass barrier and toward to other side of the landing. At last, she took a turn toward the open front of the porch. I was elated!

But it was as though she just couldn’t accept the truth. I’m projecting again, of course. She paused though for the longest time. Doubtful? Finding courage? That’s what we humans do. She was just probably taking a thoughtful moment to consider her path. To our credit, we do that too. After a moment, off she hopped from the porch and flew briefly over the stairs down to the grass. But she kept hopping instead of flying away.

I wondered if indeed her mission had come at a cost. Was it true that if we let ourselves fly we will land in sacrifice and loss as the ego would have us believe? I watched her closely to be sure she wasn’t injured.  She hopped. She hopped some more – until she got to the shaded tree and the thick green bush, finding shelter for her recovery. I realized that she had been using her energy conservatively! I now knew she would be fine; she was a wise creature, fully equipped to take care of herself, and free.

So are we: free to see, to trust, and to soar. We just have to choose it. Ask yourself, “What am I not willing to see that is right in front of me and the key to my freedom right now?”  When you know, ask, “What am I waiting for?” I did. I’ve always known that I’ve wanted to fly, even though it sometimes seems that I’m taking the long way to my liberty. So I self-inquire and commit repeatedly, until I deeply know who I AM, and fully.

Let your ego die with mine. Let your Spirit take flight. Then we will truly know each other heart to heart, soul to soul, invincible and inseparable.

My services can be of assistance to you in your self-responsibility and reclamation of your freedom and sovereignty. ‘Supportive Services’ highlights the integration of the healing modalities that I offer, and, in particular, the AoA Hieros Gamos System is ideal for Starseeds, Indigos and Lightworkers who are committed to fulfilling their Highest Purpose in this ascension timeline. 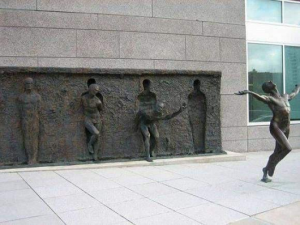 to align with your Highest Expression.

Book an intuitive reading, a healing session to

release barriers, or create a Living Vision of Spirit. 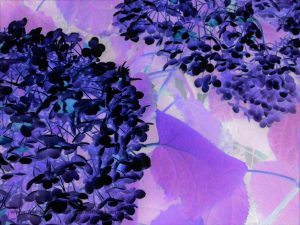 I AM aligning with God,

and this where I feel safe.

“I felt like nothing inside and that I had lost everything when my parents died. It was like a knife going through me. But with thetahealing I became a different person; the heaviness immediately lifted off my shoulders and my pain was no longer visible in my face. I was beautiful. “Pain and sorrow” just didn’t exist for me anymore. Instead, I felt happiness and joy move through me.  I feel like somebody again.  I would pick up the phone and call right away and have a session. You will be glad you did.”