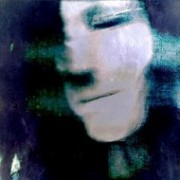 The summer winds down. The new school years begins, and work resumes in earnest. The leaves begin to turn, and nature reminds us that “to everything there is a season, and a time for every purpose, under heaven….a time to be born, a time to die.” Or perhaps the lyrics from this 50’s song by Pete Seeger could be “….a time to die, a time to be reborn…”.  That, of course, would depend on your perspective.

In our culture death is largely taboo. Someone’s soon-to-be passing is whispered with furtive glances. The word ‘death’ is often couched in euphemisms. We talk freely of birth, but avoid education on death. The moment of death itself is resisted and feared. However, in fantasy and fiction we have a fascination with it. Some people saturate their senses with the violence on television and in computer games. Shows have become increasingly gruesome. It’s rather odd I think. Perhaps, if we honoured death, its shadow wouldn’t need to express itself so aggressively. After all, Spirit prepares us for our final breath in so many ways.

It was the story of Douglas Bruce in the movie Unknown White Male that set me on this path of thinking. At age 35, on a seemingly uneventful evening, Doug walked out of his apartment unaware of himself. He entered what is called a fugue state. Hours later, sitting on a subway car, he awakened. He couldn’t remember where he lived, where he was going, or his name. While maintaining semantic memory, the general knowledge we all carry, and procedural memory of how to do things, he lost all episodic memory, the events and experiences of his life. His awareness of his relationships and all references to his personal life were erased. All 35 years of his life simply vanished. The Doug Bruce that was, had died.

We could say that it’s difficult for us to imagine the enormity of such an experience. Yet, as I watched Doug recount his first moments of exasperation, I heard him clearly describe what I know to be the core fear of our human ego. With a trembling voice and tears welling in his eyes he pleads his case- “I belong somewhere. I am somebody. I exist, don’t I?”

Memories are indeed the stuff of our personality. Memories are the markers of our evolution. They can be the source of unrelenting pain, suspended joy, or context for how we arrived at today. But we are more than memories. As Doug tries to reconcile this experience in his mind he asks, “If we are made up of a bizarre of myths, of truths, of embellishments and all kinds of hodge podges of distortions, if that makes up who we are, then who are we really? Do you know?”

Whoever Doug was in personality, he chose to leave him behind.  He never regains his memory. Nor does he desperately cling to piecing back together his past. Instead he remains open to choosing who and what he invites in. His friends witness his demeanor notably change. The one-time glib, cynical, unhappy Doug becomes more reflective and curious.  Rather than live with angst and struggle he seems to truly surrender into his new situation.

The question that kept knocking on my mind was “Where did he go?” When Doug was in a fugue state was he absent to himself or fully present to another aspect of himself? The most explanation the documentary and science gives to his experience is that his fugue was a dissociative reaction to some stirring of an earlier life trauma, perhaps the death of his mother when he was quite young. That would be one layer of understanding.

From another perspective, Doug’s reinvention is a spiritual intervention. Shamans of various cultures around the world enter a fugue state when they undergo the ritual of initiation. It is not a meaningless, unexplainable episode but a necessary transition. Before the gift of healing can be bestowed upon the individual, a period of intense suffering creates the disintegration of the personality. The ego must experience a significant disruption from the ordinariness of everyday to yield to the magnificence of Spirit.

Ego death is inherent in growth for all of us. We, subconsciously, consciously, and superconsciously, create circumstances and relationships to orchestrate our deliberate undoing. We are faced with adversity so that ego pushes itself blatantly into our awareness. We can then decide whether to empty ourselves of unloving reactions or root ourselves deeper into darkness. It is during traumas, serious illness and tragedies, when we have been shaken to our center, when ego is most vulnerable, that we eventually, and most often, choose to finally lie down gently before Spirit, offer up our humbled ego, and in trust, embrace the transformation.

Opportunities to merge more and more with our Essence occur often. Our gradual death is our dawning light. There are soft and subtle ways that we die each day to our Spirit. In the exhale of our breath we release our holding, the grip of our fear. In forgiveness we melt our hardened ideas with a compassionate heart, and in feeling prayer we surrender our illusion of separation. Each occasion that we let go of a coping mechanism, a defense, a sub-personality, or a limiting belief, we choose to die just a little in order to experience the Divine. At times we intend for large leaps of faith. An ego death that marks a deep spiritual communion with our Creator at the core of our being can be so threatening to the ego that our physical body will weaken, as if to protest “I cannot survive this demise of my existence, I must leave this Earth.”

It’s no surprise to me that the medical doctors found a tumour on Doug’s pituitary gland. While they believed that it didn’t account for his memory loss, its discovery was synchronistic. The pituitary gland is the body’s center of control. Metaphysically it is associated with the crown chakra, which connects us to the Divine. Perhaps the tumor was a manifestation of Doug’s denial of God, but also the catalyst for his awakening. In a short time after his fugue episode, the tumour resolved itself. I wonder if Doug is still questioning who he is or whether he’s come to know more of the Essence of who he is? Having known death is he living more fully?

Our brushes with death, big or small, are the celebrations of our soul. To the soul, life is eternal and we are always one with Spirit. To our Essence there is no death, only expansion. Each occasion simply lifts the veil of separation that we perceive, and gifts us with greater life.

“Life is eternal; and love is immortal; and death is only a horizon;
and a horizon is nothing save the limit of our sight.”
Rossiter W. Raymond

It is our view of death that will determine the experience of our final passing. It is our conscious practice of surrender now that will create greater peace then.  We can make this our truth; our final death in this life is our grandest rebirth.

“Death is not extinguishing the light; it is only putting out the lamp because the dawn has come.”
Rabindranath Tagore

May we bow to the Divine design of dying, in reverence for its Mystery, in awe of its perfection.

Are you caught in the fear of death? Book a healing session.