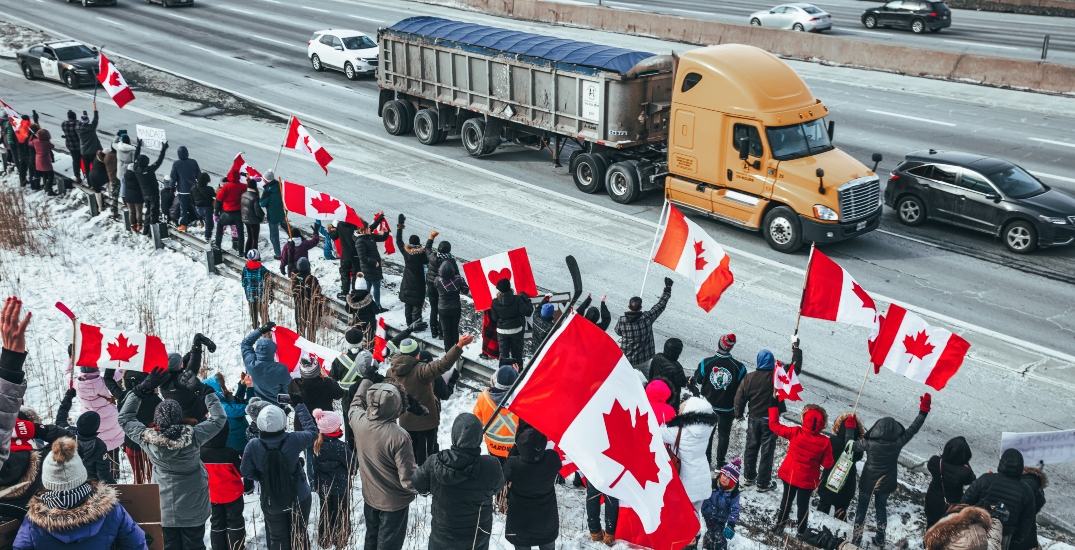 This declaration arose in response to Trudeau’s address to Canadians on Jan. 31/22 regarding the Freedom Convoy, and some of his previous statements. I hope this command is helpful to you to stand in your power against imposed mandates and false leadership.

As the avatar of Christos and the Light of God that I AM, I choose to represent human freedom in God’s sovereign power on this Earth. I command that this prayer and intention, in purity and clarity, be extended to each and every Canadian who genuinely wishes spiritual freedom in their heart, to utilize only what is required in alignment with their Highest Expression and in Divine Will.

Beloved God, beloved Krystal Guardians, beloved God Sovereign Free family of the Eternal Light and serving the Law of One, please witness this declaration as God would have it be. Please amplify this prayer request throughout the timelines and all spaces and places where Canadians are being enslaved through the manipulations and authority structures of the anti-human, anti-Christ agendas, and which interfere with human free will and self-determination in Canada.

Beloved Holy Mother and Holy Father, Beloved Christos-Sophia, the Aurora Elemental Command and all Krystal Guardians serving the Interdimensional Free World Councils, I place my statement to be recorded as evidence to the tribunals of the existence and promotion of deception, genocidal agendas, malicious psyops and gaslighting, and divide and conquer agendas directed to the people of Canada.

I command that the person of Justin Trudeau, playing the role of Prime Minister of Canada in servitude to the liars and deceivers of the negative alien agenda, or his representation as Prime Minister of Canada, be reported now for his hate crimes, his deception, his lack of self-responsibility, and his inability to lead the country of Canada in alignment with the values and principles demonstrated by Canadians in support of the Freedom Convoy 2022. It is witnessed and reported now that he serves the negative alien agenda on this Earth, and this is unacceptable as a leader of the people of Canada. It is witnessed and reported now also that government representatives who align with the anti-freedom and anti-human agenda he serves, the negative alien agenda, are not accepted as leaders of the people of Canada.

I DO NOT CONSENT to Justin Trudeau, government officials and public health authorities, and the dark forces they serve, to having any authority over my mind, body, emotions and Spirit. I AM Sovereign.

I DO NOT CONSENT to receive or accept Justin Trudeau’s expression of words and sentiments in addressing the people of Canada and the world, which is filled with blatant lies, exaggeration, black magic, propaganda, disinformation, inversions and reversals, disdain, blatant hypocrisy, gaslighting, and the encouragement of self-enslavement, suicide and genocide, for the purpose of hiding his participation in the crimes made against humanity. His statements, which are anti-human propaganda, are not my views and he does not speak for me.

I DO NOT CONSENT to any hatred being directed to anybody who refuses to participate in death and injury by experimental injection by being labelled as misogynistic, racist, the fringe minority, a terrorist, and someone who is “taking up space”. I have a right to my bodily sovereignty and to choose what is right for me. My way to “get back to what I love” is in my heart, not by way of imposed mandates, poison in my body, or false authorities.

I DO NOT CONSENT to this false authority as represented by the personality and body of Justin Trudeau acting as leader, or any Canadian governmental false authority acting as a leader including local levels of government and public health officials. I DO NOT CONSENT to any anti-human agenda, divide-and conquer programming, mind control, evasiveness, tyranny, power abuses, lies, refusal of collaboration, dialogue and creativity, and denial of rights and freedoms that is masquerading as leadership.

I DO NOT CONSENT to the lies being put forth as truth about the Freedom Convoy participants or about Canadians, to Canadians and the world. I have the right to live by truth, hear truth, speak truth, know truth and be guided by truth and transparency, unity, and genuine Krystic values. I will remember the deception and the mandates imposed upon me by the liars and deceivers acting as leaders, so that I hold witness to the crimes against humanity, fortify my alignment with truth and sovereignty, and change history.

I DO NOT CONSENT to inaccurate media reporting, and any collusion between the Canadian government and media, or the cabal and their media, to hide and distort the truth to minimize the power of the Canadian people and humanity.

I DO NOT CONSENT to the suppression or manipulation of my consciousness in any way.

I DO NOT CONSENT to the Canadian government’s manipulation and misuse of the The Emergencies Act or any other law or act, as a weapon against the people of Canada. Nothing now “seriously endangers the lives, health or safety of Canadians” except the tyranny of the liars and deceivers as justified by a false pandemic. Nothing “is of such proportions or nature as to exceed the capacity or authority of a province to deal with it” except the inability of elected officials to lead the people with integrity, and their lack of willingness to support the rights and freedoms of Canadians. I DO NOT CONSENT to more limitations and suppressions being placed upon those who have united together to uphold our God-given rights and live in freedom and truth. 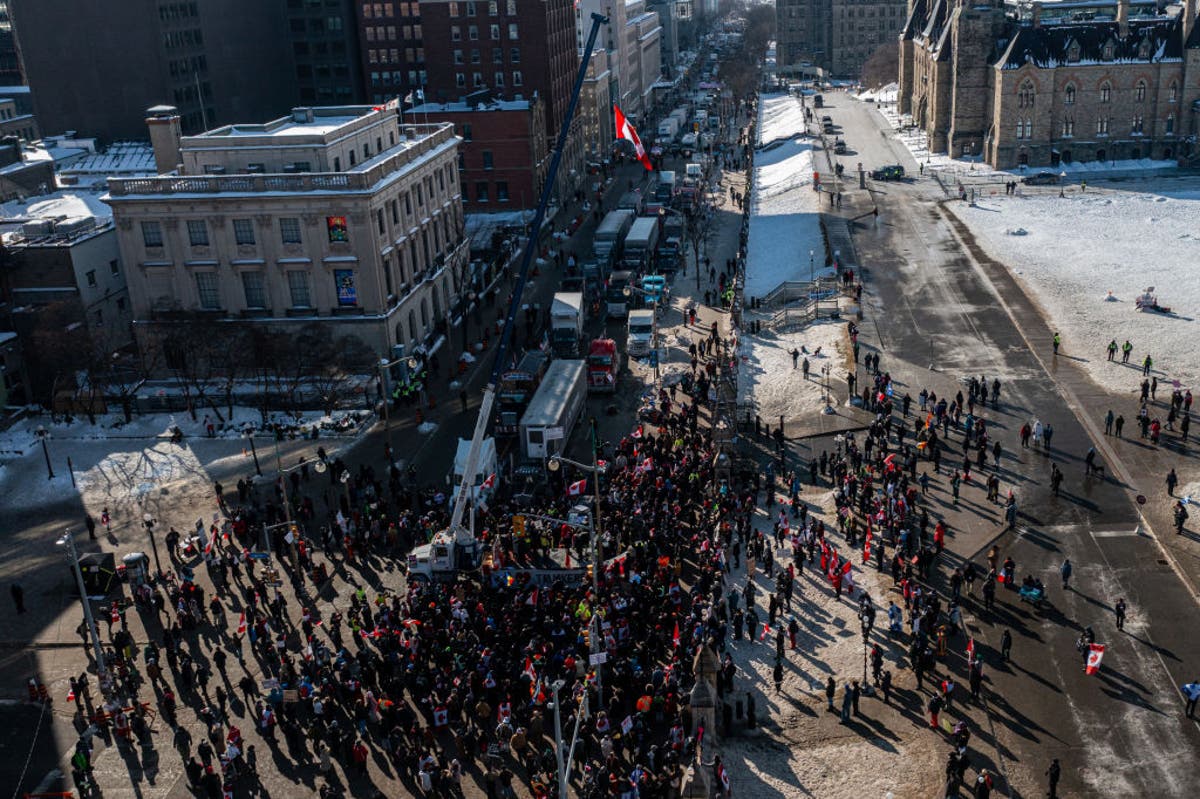 At this timing, in Cosmic Sovereign Law, I request your direct intercession to protect all those who are standing for freedom and participating with the Freedom Convoy 2022 in Ottawa, Ontario Canada, and those supporting the Freedom Convoy throughout Canada, from false leadership.

I DO NOT CONSENT to the use of invisible frequency weapons, sonic weapons, or weapons of any kind including beam-steering 5G-millimeter microwaves for the purposes of targeting Canadians, and bringing harm to Canada’s grids, her human and animal population, and all of God’s natural creation.

Beloveds, please shield the places and spaces of the Freedom Convoy with anti-5G deflection technology and neutralize and protect against all EMF toxicity. I lovingly command your full intervention to identify, locate, remove, repair and neutralize all harmful frequencies to prevent these inorganic technologies from damaging any part of the physical, mental, emotional or spiritual bodies and consciousness of any living thing or person. Please override the grids with tri-wave architecture and repair the damage through all levels and layers through to the quantum particle field. Apply the core soul protection and negative form removal for each and every being in alignment with their Highest Expression and in Divine Will.

I DO NOT CONSENT to the use of any military grade psychological operations and false flags that are being deployed against the population to incite destruction of our unity. I DO NOT CONSENT to the deceptive methods of those intentionally orchestrating a well-funded and organized destruction of Canada, along with the goal of total annihilation of human freedoms, civil liberties, the right to livelihood, and a thriving economy. I request your direct intercession to neutralize all false flag operations, and protect all places and spaces in Canada where people are gathered in unity to stand up for their rights and freedoms.

I pray for the humane treatment of Freedom Convoy protestors who have been unlawfully arrested. I pray for justice to prevail and for their immediate release.

I pray that all Canadians awaken to their power to reclaim their freedom and sovereignty, including the right to gather in unity, celebrate our true resilience and strength, express our views, respect our differences, and affirm what we know to be true in alignment with our true nature and God’s natural laws.

I pray to restore peace, truth and freedom in Canada, fully, completely, thoroughly, totally and permanently. My intent, consent and authority is with God and the love of Cosmic Christ Consciousness only, and Unity as an energetic reality in Canada and on Earth now. 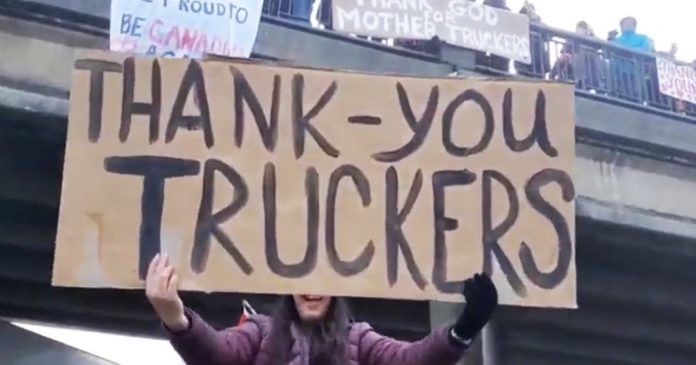 I DO NOT CONSENT Prayer for Global Freedom Convoys 2022