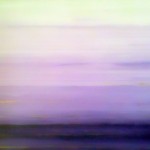 This case study is a compilation of both my personal experience as well as that of clients, written as such to respect anonymity for all parties involved. However, there is nothing embellished here to illustrate how gracefully things can flow in life when we truly hold neutral and take self-responsibility in accordance with the Law of One.

What does it mean to hold neutral?

Some may be familiar with the term “let go and let God”, which is similar to neutrality. This means letting go of control and holding faith that the highest outcome will come to pass through the Divine. This requires two very important aspects: the first is to truly let go of ego, and any drama. The physical, mental, emotional and spiritual bodies must be aligned without the interference of conflicting subconscious programs: emotional and mental triggers cannot be present, nor can there be an attachment to how the situation should unfold. This clarity leads to the second consideration: there must be a connection to Spirit to allow God-Presence to enter into the transformation of the energy.  This happens by engaging the compassionate, neutral observer within, through ‘now’ consciousness.

Sam and Debra had a business contract, which had been in effect for a few years. A contract implies that both parties have entered into an agreement, and each is responsible for their part in that agreement. However it’s the fine print that can sometimes be overlooked, and such was the case here. When the equipment related to the service contract failed one day, it all came to the surface. Debra felt that the equipment had failed to meet its promise of performance, but she first looked at the contract and realized that in order for her to fulfill her end of the contract, she had been obligated to conduct a quarterly review of the equipment, and she had not. However, Sam had never contacted her to follow up either.

When Debra contacted Sam to report the situation, he brought her attention to the requirement for the inspections and that she had not met that requirement. She acknowledged this and agreed. However, she also clarified that it wasn’t ever suggested that the equipment could fail as it did, she had not had the equipment that long, though the warranty had expired, and that there had been no misuse of the equipment. Sam acknowledged her concerns and the inconvenience it created for her. He also conceded that the situation was somewhat unusual in that he had not known of a similar case. Their equipment had a reputation for long-term reliability.

This was a solid beginning to the resolution, because 1) they were both honest and transparent, 2) they each took self-responsibility by acknowledging that they had not fully adhered to the contract – whether that was the fine print or the essence of their agreement, 3) they acknowledged each other’s point of view.

Debra took ownership for her part and did not point the finger of blame. In good conscience, she knew that the fine print had made her responsibilities clear and she didn’t follow through. She proceeded with such clarity: she felt she would wait for Sam’s response but held no expectation that she was owed. Sam didn’t shut down the conversation by becoming rigid about the fine print in this conflict. He didn’t insist that Debra was at fault and he didn’t dismiss her claims, nor did he immediately accept fault. He was willing to take a closer look: he spoke to the manufacturer and investigated.

Notice that they each stood in their power and did not participate in the game of victim-victimizer, a long-standing addiction program on Earth that was implanted by the Negative Alien Agenda (NAA) to perpetuate disempowerment and self-enslavement. It didn’t serve Debra to play the poor victim, and betray her personal truth and abandon her values. She accepted what was and owned her part, without feeling self-judgment or shame. It didn’t serve Sam and his company to damage the long-standing business relationship they had with their customer. Instead, he held space for curiosity and possibility. They each intended self-respect, and mutual respect as equals.

Given that Debra very much relied on the equipment, and that she didn’t hear back from Sam, she decided to go ahead with the repair. She continued to take self-responsibility and trusted that things would work out – that might mean that she would indeed have to pay for the entire repair. She accepted this. However, when she went to pay the bill she received free service. It’s value was a few thousand dollars!

Together they had created a mutually beneficial outcome; both Sam and Debra were left with a positive feeling, and created an environment for more business together and possibly referrals for Sam.

Isn’t this just good sense instead of the frequency of neutrality?

Well, yes, it is good business sense but not necessarily always the way of business on Earth. While for some of us it’s obvious, to others it’s not. There are plenty examples of unscrupulous business practices and deceptions coming to our awareness as collective consciousness shifts. Have you ever asked yourself why it’s necessary for any company to distinguish themselves with claims of ethical practices, or “green” policies? The default simply has not been that. Fair and ethical practices have not been common knowledge.

When we don’t participate in the NAA agenda, victimize or play the victim, or engage in control dramas of any variation, we step out of a “win-lose” mindset to a “win-win” intention. Further, when we are in ‘now moment’ consciousness of the neutral observer, we are much less susceptible to dark control.

In this case study there was much more happening than keeping personal and business reputations intact. When we observe with neutrality, we are holding energetic balance and allowing God-Source Light to transform the situation through us. This now shifts the energy from being polarized and a bi-wave pattern of limited, dead space that eventually depletes itself, to a tri-wave pattern of expanded, eternal and self-sustaining energy. It changes the quantum field.

There are many versions of polarity archetype thoughtforms that have been implanted into the human consciousness, which have created superior and inferior mental body patterns and imbalances in relationships for a very long time. Some examples of polarities that we are can pay attention to and intend to synthesize are victimizer-victim, predator-prey, greater than-lesser than, and important-insignificant.

What if both parties aren’t self-responsible?

You may be wondering how neutrality can come into effect when there is one party who isn’t willing to be self-responsible. This scenario is common and often feeds conflict between two people. It’s less than ideal but given our unique influences and perspectives, we are actually likely to find ourselves in circumstances where we do not share another person’s point of view. However, it’s how we respond that matters, and our ability to act from both integrity and empathy.

It’s important to remember that we are only responsible for ourselves, meaning that we cannot force another person to participate consciously or fairly. (However, we do try with law suits and that’s another NAA manipulation.) If we look at the case study described above, if Sam had responded with a dismissive attitude it may have really challenged Debra to remain in her heart. If Debra had not admitted that she had not followed up with inspections, Sam perhaps would have questioned her integrity, been more discerning, and changed his response to her. You’ll notice though that Debra’s willingness to be self-responsible and trust in no way depended on Sam. Her ability to hold neutral was in her relationship with her God-self and her own conscience. Even when we are faced with an imbalanced scenario, we can still intend for the highest possible outcome, based on a foundation of our truth and integrity with ourselves.

Remember that only our Higher Selves are aware of the broader picture and higher purpose, and ego cannot be. So the more we discipline the ego mind and witness our own thoughts without judgment and with compassion, the more easily we come to live from the still point of our consciousness, and allow God’s grace.

The tool for cultivating the neutral observer is:

The full description is here.

We can also re-align our energy field by affirming:

The practice of compassion is also essential to align with the Law of One at the core of Krystic or Christ consciousness principles, and this arises during the integration of the monadic body (chakras 7-9). Otherwise, the observer self can remain at a threshold of consciousness, which does not allow for deep, heart-based connection. It’s similar to saying that the observer continues to operate from a higher state of mind, yet without sustained compassion. This stage is often characterized by the fear that if we fully surrender we will fall into the black of nothingness. This is what is termed the Luciferian Abyss. Healing the inner child and our relationship with the Divine Mother is immensely important to bring about this degree of surrender.

We are never the victim when we are awake to our choices. In those situations when we feel that have been treated unfairly, cornered, or put upon, or even when there is indeed deception, there is a choice we are making with our frequency. When we claim our power of choice and our unconscious reaction or conscious response, we take self-responsibility for it and accept ourselves unconditionally. If we hold the narrow point of view that we “have no choice”, we put ourselves in a position of being disadvantaged and this is a polarity. For example, if Debra had carried the perception that she had “no choice” but to go ahead and pay for the repair, she would have been holding a lower frequency of thinking that she was victimized and powerless. This, of course, would not have allowed her Higher Self’s support.

Holding neutrality is for all occasions:

This case study illustrated how neutrality brought Light to a professional relationship and a welcome outcome. However, the same principles can be applied to personal conflicts with loved ones. While we can feel the injustice when it comes to corporate of organizational deceptions, we can feel even more triggered when it comes to those close to us who serve the higher purpose of providing opportunities for us to strengthen our ego discipline.

This neutrality also applies to witnessing the collective consciousness. Anytime we witness deception, enslavement, darkness, oppression, abuse, armageddon programs, or the engagement of fear-based polarities, we can hold compassionate, neutral witness and the intention to collapse and override the past timelines in order to change the future.

The overall direction of our spiritual expansion is to be able to stay anchored in the compassionate witness through all our daily thoughts, emotions and actions, and live as this vessel of God. It is essential for all healing and planetary change.

May I be a clear vessel for your Grace

to work through me.

May I have faith in myself and in others,

with mutual respect and

that the highest good is possible for all.

May I heal my inner conflicts

and so that I bring harmony

May I know that your Presence

in my thoughts, words, emotions, and actions

is a power-full choice,

May I always choose truth.

May I be still at moments of fear, harm and conflict.

May I always allow Grace.

Book your healing appointment today to come into the power of your neutrality.